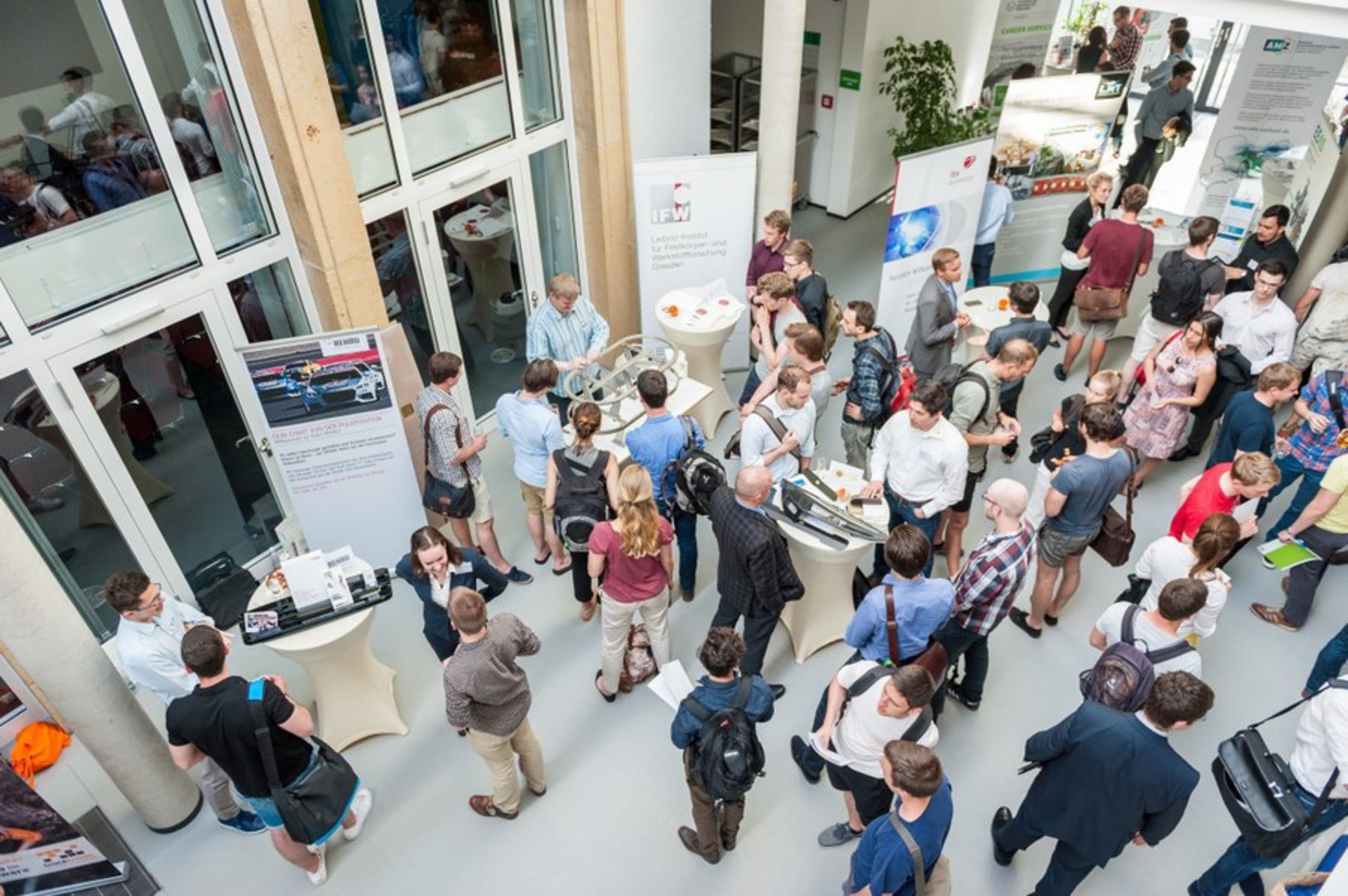 Dynamic relaxations of a metallic glass studied on cooling

Metallic glasses have many intrinsic and universal dynamic relaxations observed below the glass-transition temperature. However, these relaxations have mostly been studied on heating and seldom investigated on cooling. In the present work, the slow β and fast β′ relaxations of La60Ni15Al25 metallic glass are studied in sequential heating and cooling experiments under continuous mechanical vibration using a dynamic mechanical analyzer. A slow β relaxation peak is observed on cooling, and compared with the preceding heating step, its peak temperature, activation energy and characteristic relaxation time are all shifted to lower values. On the contrary, a fast β′ relaxation peak is always present on heating, but undetectable on consequent cooling. Only when the metallic glass is cooled below a critical temperature, a certain value of supercooling is achieved, then the fast β′ relaxation is found during subsequent reheating. The work introduces a new approach to investigate dynamic relaxations in metallic glasses and discusses a new possibility of the origin of the fast β’ relaxation.

Cryogenic thermal cycling (CTC, between room temperature and 77 K) of a (Cu,Zr)-based bulk metallic glass (MG) leads to substantial reductions in the initial yield load Fy observed on instrumented indentation, and can reverse annealing-induced increases in Fy. In contrast, for hardness and elastic modulus, CTC has much less effect and can only partially reverse annealing effects. The distribution of Fy values is wide, reflecting heterogeneity in the MG. For a melt-spun Fe-based glass, CTC with more cycles induces similar changes in Fy, and has almost no effect on the magnetic properties. Such differing effects of CTC can be consistently interpreted in terms of its preferential effect on soft spots in a relatively rigid glass matrix. The capability for targeted stimulation of shear-transformation zones permits tailoring of MG properties, clearly facilitates initiation of plastic flow, and offers the prospect of improved plasticity and toughness even in annealed samples.

Details of fast-resistive-heating setups, controlled heating ranging from ∼101 K s−1 to ∼103 K s−1, to study in situ phase transformations (on heating and on cooling) in metallic glasses by high-energy synchrotron x-ray diffraction are discussed. Both setups were designed and custom built at the Leibniz Institute for Solid State and Materials Research Dresden (IFW Dresden) and have been implemented at the P02.1 Powder Diffraction and Total Scattering Beamline and the P21.1 Swedish Materials Science Beamline at PETRA III storage ring, DESY, Hamburg. The devices are interchangeable at both beamlines. Joule heating is triggered automatically and is timed with the incident beam and detector. The crystallization process can be controlled via a feedback circuit by monitoring the change in the time-dependent resistivity and temperature of glasses. Different ambient atmospheres, such as vacuum and inert gases (He and Ar), can be used to control oxidation and cooling. The main focus of these devices is on understanding the crystallization mechanism and kinetics in metallic glasses, which are brittle and for which fast heating gives defined glass–crystal composites with enhanced plasticity. As an example, phase-transformation sequence(s) in a prototyped Cu–Zr-based metallic glass is described on heating, and a crystalline phase beneficial to the plasticity is identified.

We explore the glassy states achievable after a metallic glass is formed on liquid quenching. Samples of La55Al25Ni20 (at.%) metallic glass (rod and ribbon) are studied. The extent of structural relaxation at room temperature is characterized for this low-glass-transition temperature glass. Plastic deformation (uniaxial compression) rejuvenates the glass to states of higher enthalpy characteristic of glass formation at high cooling rate. Deformation increases the heterogeneity of the glass, widening the spectrum of relaxation times. The extent of rejuvenation in samples of low aspect ratio is compared with that under conditions of high constraint in notched samples. The deformation-induced rejuvenation is particularly susceptible to reduction on subsequent ageing. Fast-scanning calorimetry is useful in characterizing the dynamics of structural relaxation. The shadow glass transition is more evident on fast heating, and is observed in this glass for the first time. A new excess exothermic effect is observed before the glass transition.

Bulk metallic glasses are known to have poor plasticity which limits their application as structural materials. Due to the lack of atomic periodicity in metallic glasses, their mechanical properties cannot be controlled the same way as in crystalline materials. Fast-heating-induced, a heating rate of 10 K s−1 and higher, crystallization of ductile nanocrystalline phase(s) leads to enhanced plasticity of metallic-glass/crystal composites. Here, an overview of controlling the microstructure on fast heating, the suggested crystallization mechanism of metastable phases and the principle of enhanced plasticity of the composites is presented and discussed, with a special focus on Cu–Zr-based metallic glasses.

A density variation in shear bands visible by electron microscopy is correlated with compositionally altered locations measured by atom-probe tomography in plastically-deformed Al85.6Y7.5Fe5.8 metallic-glass ribbons. Two compositionally distinct regions are identiﬁed along shear bands, one is Al-rich (~92 at.%), the other is Al- depleted (~82.5 at.%) and both regions show marginal concentration ﬂuctuations of Y and Fe. The elemental re-distribution is observed within shear bands only, and no chemical exchange with the surrounding glassy ma- trix is observed.

Two distinct trends in the temperature dependence of viscosity, measured directly and inferred from calorimetry by analyzing crystallization kinetics, can be correlated with the temperature evolution of the height of the first peak of the x-ray total structure factor for liquid GeTe and Ge15Te85. The phase-change chalcogenide GeTe is a high-fragility liquid with the kinetic fragility value of 76, at the glass-transition temperature, being between those for liquid (Ag,In)-doped Sb2Te and Ge2Sb2Te5. The viscosity of the high-temperature liquid shows Arrhenius kinetics on cooling to the melting point, and the structure factor conforms to the fragile liquid. For liquid Ge15Te85, the temperature evolution of the structure factor suggests a transition in the temperature range of about 100 K above the melting. The crystallization shows a wide range of Arrhenius kinetics in the supercooled liquid region. This finding combined with the dynamic viscosity measurements is interpreted by invoking a weak fragile-to-strong crossover on cooling the liquid Ge15Te85. The differences in structures and dynamics of liquid GeTe and Ge15Te85 appear closely correlated to their distinctly different crystallization mechanisms.

The complex dielectric function, the Er3+ Stokes emission at ≈1540 nm and the upconversion photoluminescence at ≈990 nm of pulsed-laser deposited thin-film GeGaSbS:Er3+ are studied. The linear-refractive-index dispersion is obtained by fitting spectroscopic ellipsometry data to the Sellmeier and the Cody-Lorentz parametrizations. The former model is used to calculate nonlinear refractive index. The Stokes emission intensity at ≈1540 nm, originating from the Er3+: 4I13/2 → 4I15/2 transition under a 980 nm pumping, diminishes with increasing refractive index and decreasing optical-bandgap energy of the films. An attempt to relate differences in the optical and photoluminescence properties to the atomic structure elucidated from Raman spectra analysis is presented. The emission probability is highest for the structure with the lowest fraction of (semi)metallic bonds, the highest content of homonuclear S-S bonds and the lowest Ge/S ratio. In such a film, the clustering of Er3+ ions, which is responsible for the intensity weakening, is suppressed. The film shows ≈990 nm upconversion photoluminescence originating from the Er3+: 4I11/2 → 4I15/2 transition under a 1550 nm excitation. The upconversion peak shape resembles that of the compositionally and structurally similar bulk glass.