An outstanding current carrying performance (namely critical current density, Jc) over a broad temperature range of 10–77 K for magnetic fields up to 12 T is reported for films of YBa2Cu3O7−x with Ba2Y(Nb,Ta)O6 inclusion pinning centres (YBCO-BYNTO) and thicknesses in the range of 220–500 nm. Jc values of 10 MA cm−2 were measured at 30 K – 5 T and 10 K – 9 T with a corresponding maximum of the pinning force density at 10 K close to 1 TN m−3. The system is very flexible regarding properties and microstructure tuning, and the growth window for achieving a particular microstructure is wide, which is very important for industrial processing. Hence, the dependence of Jc on the magnetic field angle was readily controlled by fine tuning the pinning microstructure. Transmission electron microscopy (TEM) analysis highlighted that higher growth rates induce more splayed and denser BYNTO nanocolumns with a matching field as high as 5.2 T. Correspondingly, a strong peak at the B||c-axis is noticed when the density of vortices is lower than the nanocolumn density. YBCO-BYNTO is a very robust and reproducible composite system or high-current coated conductors over an extended range of magnetic fields and temperatures.

MoTe2 is a Weyl semimetal, which exhibits unique non-saturating magnetoresistance and strongly reinforced superconductivity under pressure. Here, we demonstrate that a novel mesoscopic superconductivity at ambient pressure arises on the surface of MoTe2 with a critical temperature up to 5 K significantly exceeding the bulk Tc  =  0.1 K. We measured the derivatives of I–V curves for hetero-contacts of MoTe2 with Ag or Cu, homo-contacts of MoTe2 as well as 'soft' point contacts (PCs). Large number of these hetero-contacts exhibit a dV/dI dependence, which is characteristic for Andreev reflection. It allows us to determine the superconducting gap Δ. The average gap values are 2Δ  =  1.30  ±  0.15 meV with a 2Δ/kBTc ratio of 3.7  ±  0.4, which slightly exceeds the standard BCS value of 3.52. Furthermore, the temperature dependence of the gap follows a BCS-like behavior, which points to a nodeless superconducting order parameter with some strong-coupling renormalization. Remarkably, the observation of a 'gapless-like' single minimum in the dV/dI of 'soft' PCs may indicate a topological superconducting state of the MoTe2 surface as these contacts probe mainly the interface and avoid additional pressure effect. Therefore, MoTe2 might be a suitable material to study new forms of topological superconductivity.

The ternary iron arsenide compound BaFe2As2 exhibits a structural phase transition from tetragonal to orthorhombic at a temperature of about 140 K. The twin lamellae arising below this transition temperature were studied in undoped single crystalline bulk and epitaxial thin film samples using electron backscatter diffraction in a scanning electron microscope equipped with a helium cryostat. Applying this technique on bulk single crystals a characteristic twin lamella size in the range of 0.1 μm up to a few μm was observed. In contrast, in epitaxially strained thin films the phase transition is not observed at temperatures above 19 K.

Friction free yarn twisting on the basis of superconducting technology and in consideration of the dynamic yarn path in textile machines
Chorik Cherif (TU Dresden), Ruben Hühne (DFG, SCHU 1118/12), since 2012

Influence of epitaxial strain on electronic phases in Fe-based superconductors
Ruben Hühne, DFG funding within GRK1621 at TU Dresden, since 2011

Nicola Poccia's group synthesizes topological superconductors in complex quantum matter. We focus on artificial systems that are free from lattice matching constraints and where the collective properties in a wide range of temperatures and external fields are controlled by a multi-component and space-time organization. After synthesis, we explore the electronic and structural properties by means of a variety of experimental probes, including electronic transport at the nanoscale and synchrotron radiation microscopies resolved in space and time. Our main focus is to advance the tools for the synthesis, nanoscale imaging and control of topological superconductors in complex quantum matter. Our ultimate challenge is to realize specifically tailored topological superconducting properties in complex quantum matter that are robust up to room temperature. Although we are driven by curiosity, we keep an eye open for applications of our research in solid state quantum technologies that need higher operation temperatures.

We have developed a bismuth-based, two-dimensional superconductor that is only one nanometer thick. By studying fluctuations in this ultra-thin material as it transitions into superconductivity, we can gain insight into the processes that drive superconductivity more generally.

We have realized a system containing 90,000 superconducting niobium nano-sized islands on top of a gold film. In this configuration, the vortices find it energetically easiest to settle into energy dimples in an arrangement like an egg crate — and make the material act as a Mott insulator, since the vortices won’t move if the applied electric current is small. When they applied a large enough electric current, we observed a dynamic Mott transition as the system flipped to become a conducting metal; the properties of the material had changed as the current pushed it out of equilibrium.

Evolution and control of oxygen order in a cuprate superconductor

We have realized set-up to write/erase and monitor robust superconducting regions in a disordered matrix of a high temperature superconductors. The technique can be used to spatially organize the ordering of defects in superconductors and control its mesoscale properties. The X-ray beam is focused on the sample and then a charge-coupled device (CCD) camera is used to detect the X-ray reflection. 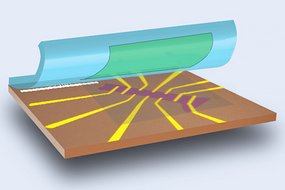 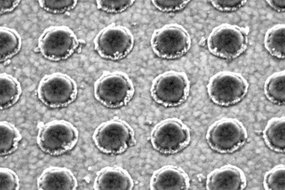 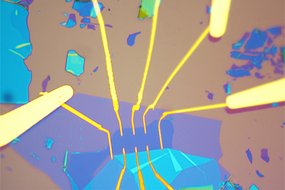 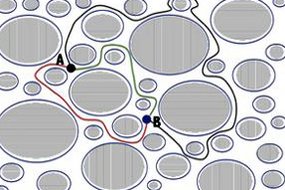 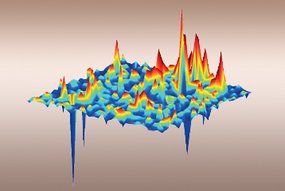 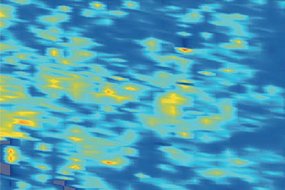 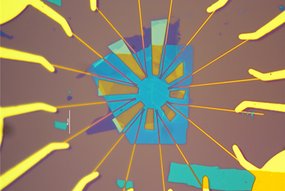