More than 60% of the energy generated by burning fossil fuels is dissipated as waste heat, of which more than half is low-grade heat with temperatures below 300°C. Effective harnessing this low-grade heat to generate electricity is vital for alleviating the burden on the energy supply and reducing the emission of greenhouse gases. Thermoelectric technology stands out owing to its solid-state nature, which guarantees an ultra-long operational lifetime and is particularly attractive for heat-to-electricity conversion. The broader applicability of thermoelectric technology relies on the availability of high-performance materials and modules that operate efficiently below 300°C.

For more than 50 years, the commercial thermoelectric modules have relied on bismuth-telluride-based compounds because of their unmatched thermoelectric properties at temperatures associated with low-grade heat. However, the wider applicability of bismuth-telluride modules is severely limited by the scarcity of Tellurium with a concentration of <0.001 ppm in the Earth’s crust and an annual production of less than 500 metric tons. Therefore, it is imperative to develop thermoelectric modules from other, more abundant materials while retaining high performance in the low temperature range (<300°C).

This work is supported by the strategic project at IFW Dresden on “Wireless sensor devices for high temperature applications” and the Alexander von Humboldt Foundation. 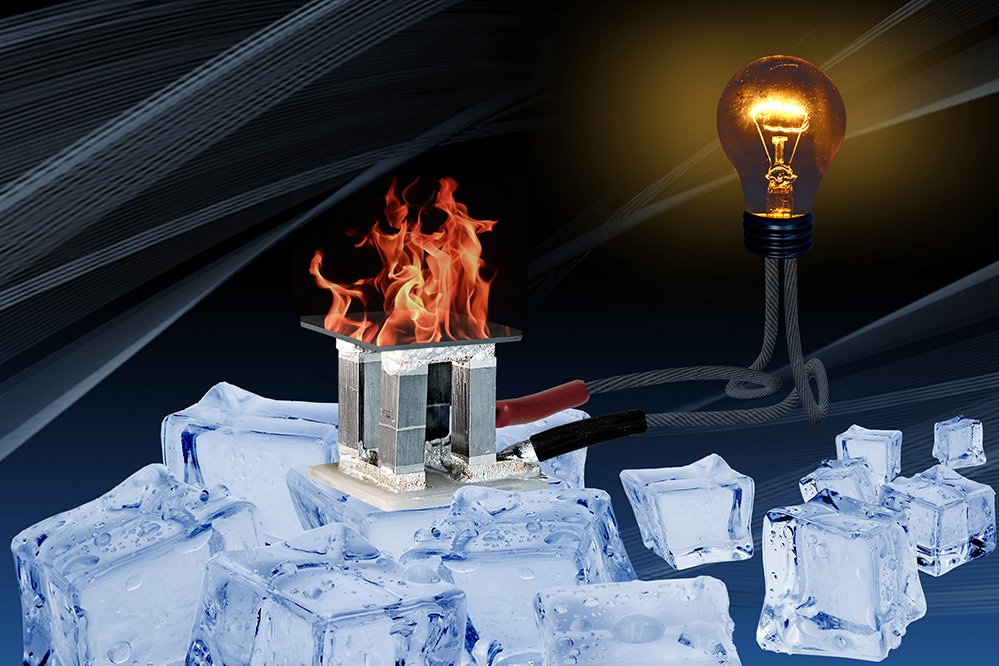