Scientists at the Leibniz Institute for Solid State and Materials Research Dresden (IFW) have developed a new magnetic generator to convert waste heat into electricity. A clever arrangement of the components has succeeded in improving the electrical yield by orders of magnitude. Thus thermomagnetic generators qualify for application-suitable technology for the energy harvesting of from waste heat.

Many processes in everyday life and in industry generate waste heat that is not hot enough to be used effectively. As a rule, it is discharged into the environment unused, for example, in the case of large IT servers or at the exit of power plant cooling towers. To date, there are very few technologies available for the conversion of low temperature waste heat into electricity. Great hopes are placed on so-called thermoelectric materials, in which an electrical voltage can be generated directly from the heat difference of the material. Another possibility is the use of thermomagnetic generators which are based on a cyclic change of magnetisation with temperature. According to Faraday’s law, the switches of magnetic flux induce a voltage. One prerequisite is that the magnetic properties of the material depend very much on the temperature. A suitable material for thermomagnetic generators is, for example, the alloy of the elements lanthanum, iron, cobalt and silicon, which is also used for magnetic cooling applications. Below 27 degrees Celsius, the material is magnetic, while at higher temperatures it is nonmagnetic. If the material is alternately brought into contact with warm and cold water, the magnetization of the material changes continuously. This in turn causes a voltage to be induced in the applied coil that can be used by a consumer. This principle of thermomagnetic generators was developed more than one hundred years ago. So far, however, the yield has been significantly lower than that of thermoelectric generators, although theoretical calculations show that much better ratios should be achievable.

Scientists from the IFW Dresden now succeeded in improving the performance of thermomagnetic generators by orders of magnitude. In cooperation with the TU Dresden and the Federal Institute for Materials Research (BAM) in Berlin, they introduced a clever arrangement of the magnetic circuit with two magnetic sources and two elements of the thermomagnetic alloy. The individual components are connected to magnetically conductive material, which is wrapped in two places with a coil. A cold-warm alternating bath of the thermo-magnetic elements now causes them to conduct or interrupt the magnetic flux alternately. This results in a constant reversal of the magnetic flux in the circuits, whereby an electrical voltage is induced in the coils. With a voltage of 0.2 volts and a power of 1.24 milliwatts, the new thermomagnetic generator is not only orders of magnitude better than its predecessors, but is also becoming a possible alternative to thermoelectric generators. In addition, the authors still see many opportunities to further optimize these key figures. They are very optimistic that this energy conversion technology has the potential to become competitive with thermoelectrics for energy harvesting near room temperature. 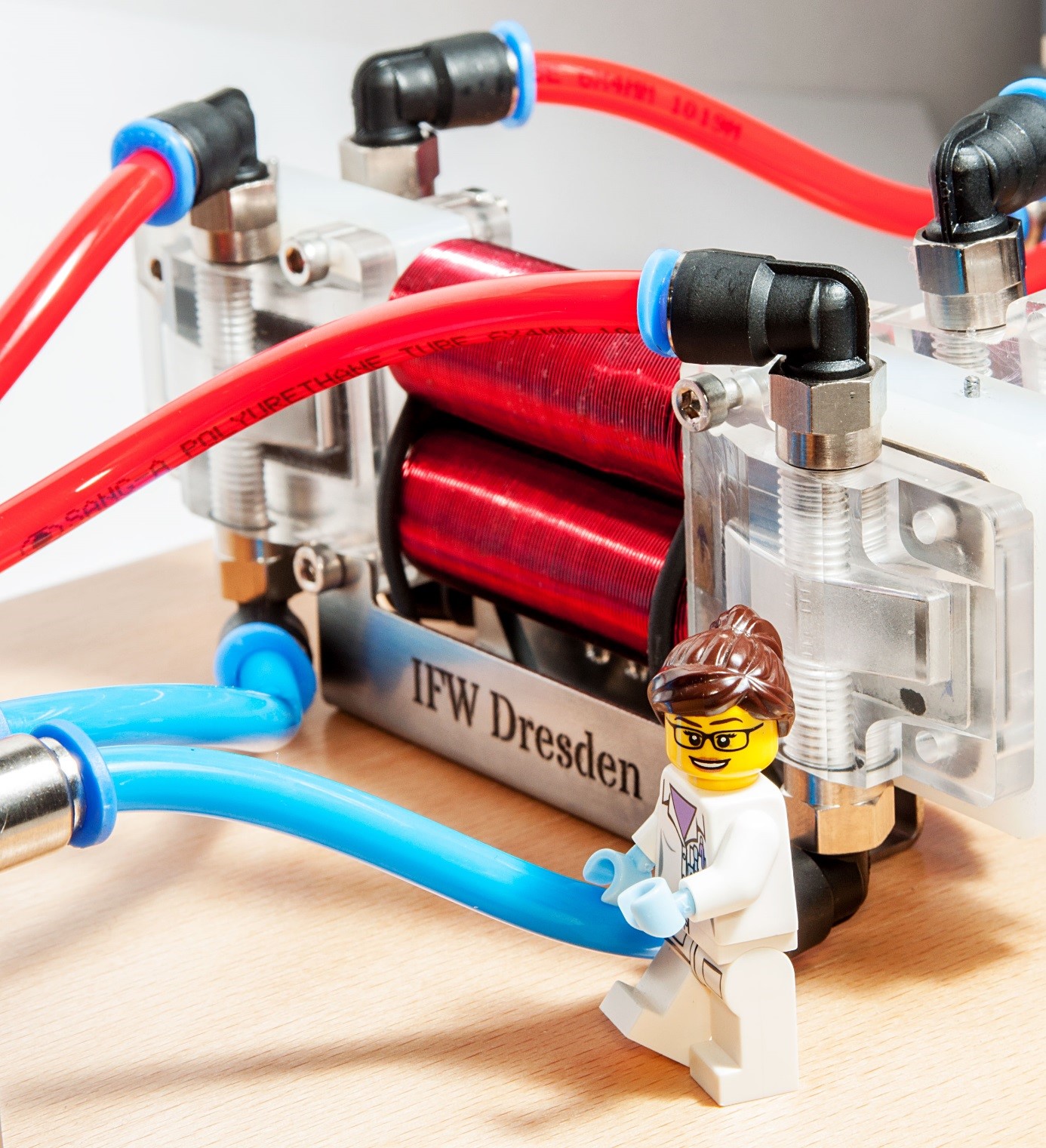