In our everyday life, we usually deal with phase transitions caused by a change in temperature - we boil water to make tea or we freeze juice to make ice pop. The changes of state that we can observe in these processes happen rapidly and not gradually. In physics, we distinguish two types of phase transitions - discontinuous and continuous. The latter do not occur in our everyday experiences, but are the subject of research in the physics laboratory. For instance, phase transitions in magnetic materials are typically of the continuous kind.

In quantum materials research, we are interested in phase transitions that occur at zero temperature. These transitions are induced by changes in external influences, such as pressure or an external magnetic field, or by variations in parameters of the theory.

In her work, master's student Vira Shyta studied the behavior of a specific type of two-dimensional quantum antiferromagnets. These materials possess a magnetic order in which their spins are aligned in a regular pattern, where neighboring spins point in opposite directions. In her theoretical calculations, the physicist forced the spins to lie in one plane instead of pointing in all three directions. The “adjusting screw” is called anisotropy and describes the directionality in the material.

"Our motivation to explore this particular system stems from the fact that there is no consensus among physicists about the type of the phase transition that occurs when quantum fluctuations can become so strong that they destroy magnetic ordering. We have additionally modified our theory by accounting for a non-trivial topology of the electromagnetic fields, which can form magnetic vortices. This change eventually led to even more fascinating results than we expected" explains Vira Shyta.
"Our work has shown that two-dimensional topological anisotropic antiferromagnets undergo a continuous phase transition, which goes beyond the traditional theory of quantum phase transitions. The mechanism underlying such behavior is dubbed “deconfined quantum criticality” and refers to the fact that while antiferromagnetic and paramagnetic phases are described by two different parameters, like magnetization in the case of antiferromagnets, both of those descriptions do not persist at the critical point but rather fall apart (deconfine) into more elementary fields. Besides demonstrating and explaining the existence of a continuous transition, we were able to make a few very precise predictions about the near-critical behavior of the theory. I am very pleased with the results as they can actually be tested experimentally in so-called chiral spin liquid systems and bilayer quantum Hall systems."

Vira Shyta's project was supported by a scholarship from UKRATOP which supports exchange of students and scientists between Dresden and Ukraine. After finishing her master’s degree at Kyiv Academic University, she continues at the IFW to pursue her PhD. 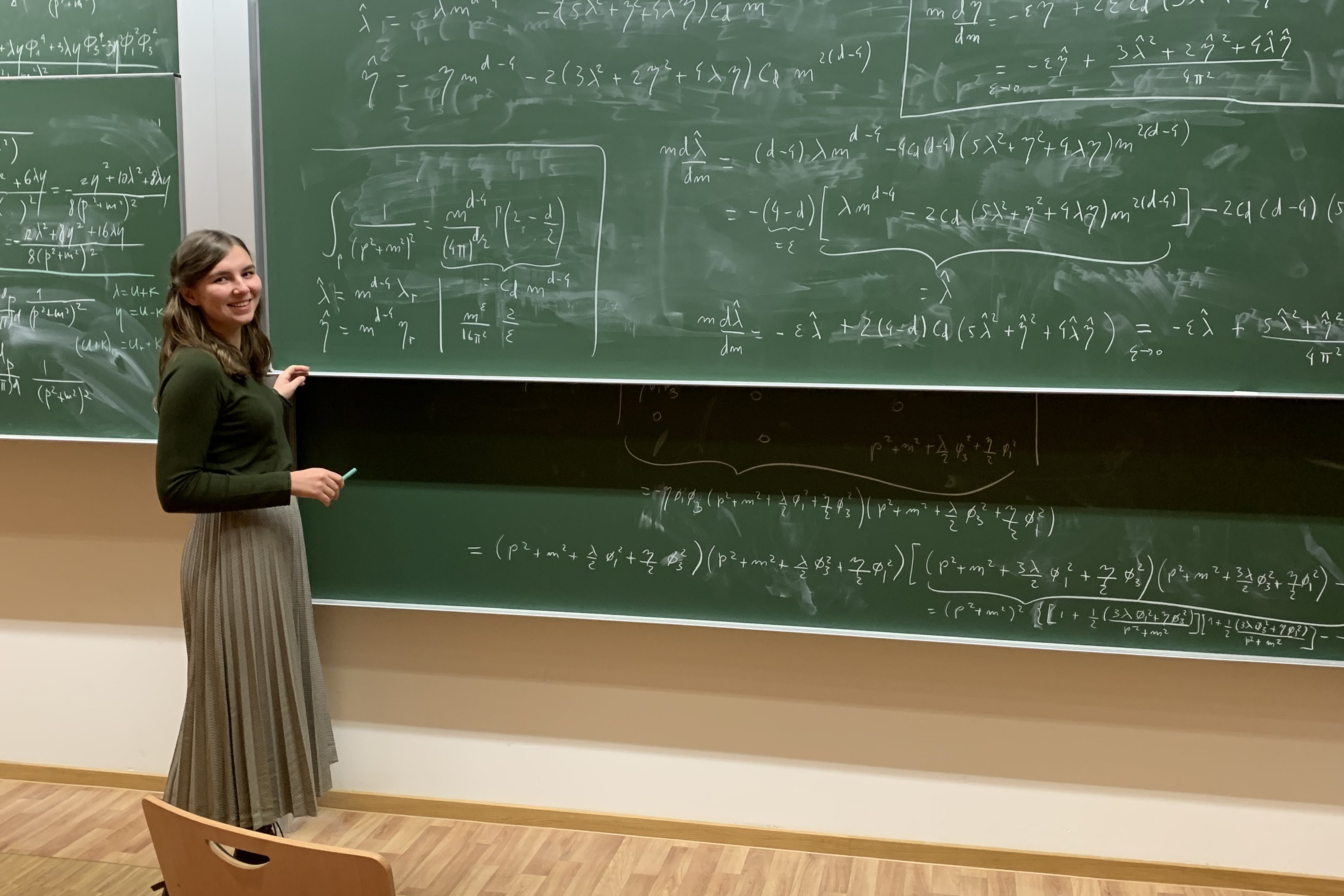