Three IFW scientists in the List of Highly Cited Researchers 2019

Three directors of IFW Dresden have named in the 2019 list of Highly Cited Researchers. The annual list of the Web of Science Group identifies influential researchers with multiple papers ranking in the top 1% by citations for their field and year.

Professor Bernd Büchner, Professor Oliver G. Schmidt and Professor Jeroen van den Brink from the Leibniz Institute for Solid State and Materials Research Dresden (IFW) belong to the world's most cited scientists. This is the result of the annual ranking of the American data analytics company Clarivate Analytics. Placement on the list has been recognized as a significant achievement for those named. The Web of Science serves as the basis for regular listings of researchers whose citation records position them in the top 1% by citations for their field and year. Among the 6,216 listed scientists 327 have German affiliations. This places Germany fourth behind the USA, China and UK.

Prof. Büchner has headed the Institute of Solid State Research at the IFW Dresden since 2003 and has been the Scientific Director of the IFW Dresden since 2018. His scientific focus is on the experimental physics of materials with strongly correlated electrons, unconventional superconductors, novel materials, such as transition metal oxides, lanthanides, molecular nanostructures and molecular magnets.

Professor Schmidt has been head of the Institute for Integrative Nanosciences at the IFW Dresden since 2007and holds a professorship at Technical University of Chemnitz. He conducts research in the field of functional nanomembranes and bridge across several disciplines from physics to micro robotics. At the same time, he is a pioneer in a number of visionary applications of nanomembranes in photonics, sensors, medicine and battery research.

Jeroen van den Brink is a theoretical condensed matter physicist, director of the Institute for Theoretical Solid State Physics at IFW Dresden and professor at the Dresden University of Technology. He is known for his contributions to the theory of new quantum materials, such as topological insulators and unconventional superconductors. His focus is on the theoretical treatment of unexplored ground states of matter that manifest themselves in new electronic and magnetic properties.

The Web of Science group examines how many times scientists are cited over a period of eleven years. The reference period for this year's list was from 2008 to 2018. The data base of Web of Science serves as the basis for the regular listings of researchers whose citation records position them in the top 1% for their field and year. Thus the Highly Cited Researchers 2019 list helps to identify the researchers who are having the greatest impact on the research community as measured by the rate at which their work is being cited by others. In 2018, the interdisciplinary category "cross-field" was introduced in addition to the previous 21 research fields. 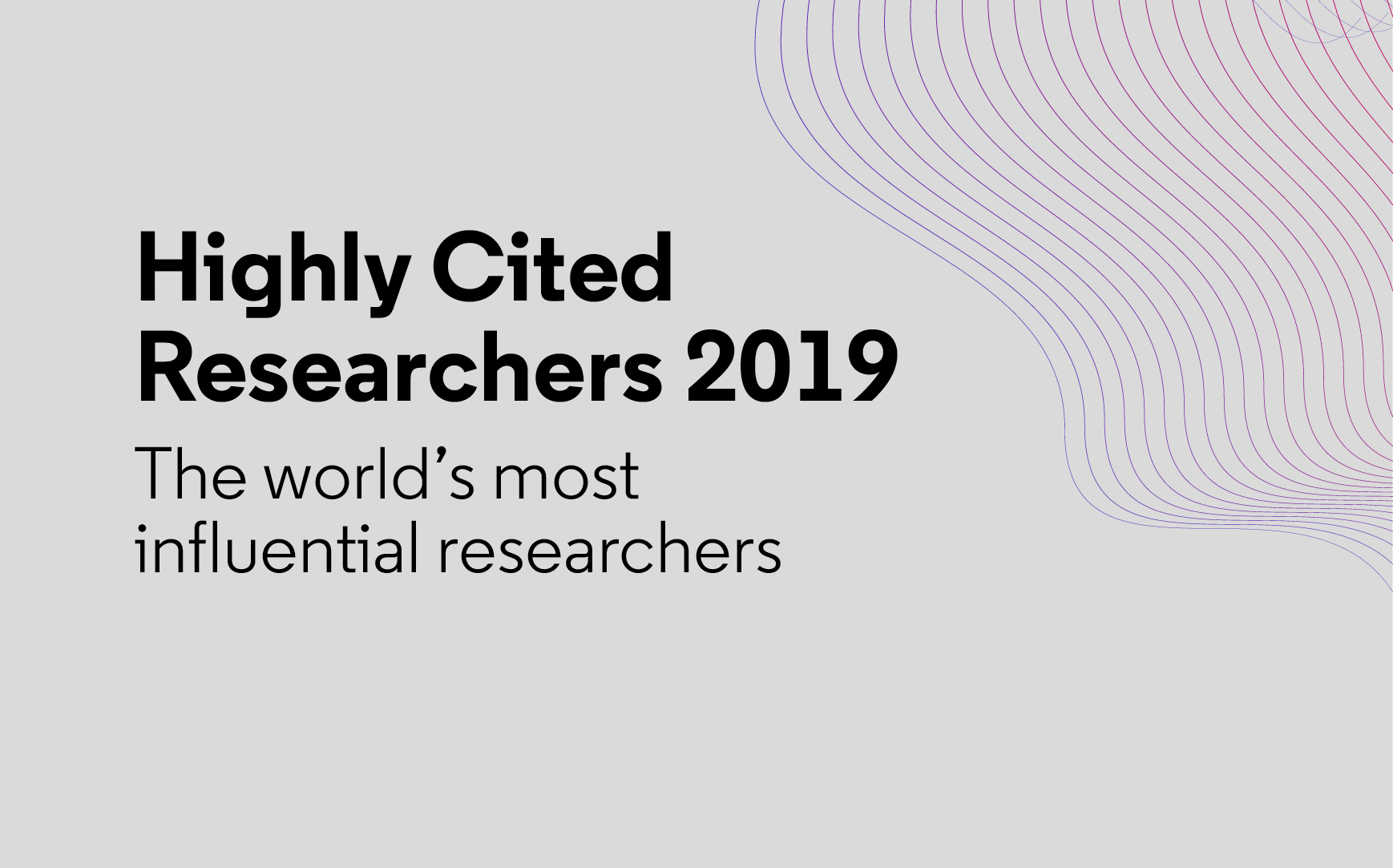